Written by Bruno Bornsztein
Updated over a week ago

Tasks can be assigned to a user, and scheduled on your calendars:

Here's a quick video overview of how they work:

Often, the task list for a new post or project is similar to what you've used in the past (for example, 'Write blog post', 'Shoot Photos', 'Copyedit'). To save time, InfluenceKit will suggest tasks when possible, drawing on campaigns you've already created.

InfluenceKit uses the selected category for your new campaign to determine which tasks to suggest adding.

To use the suggested tasks, just click 'Yes' when prompted, as below: 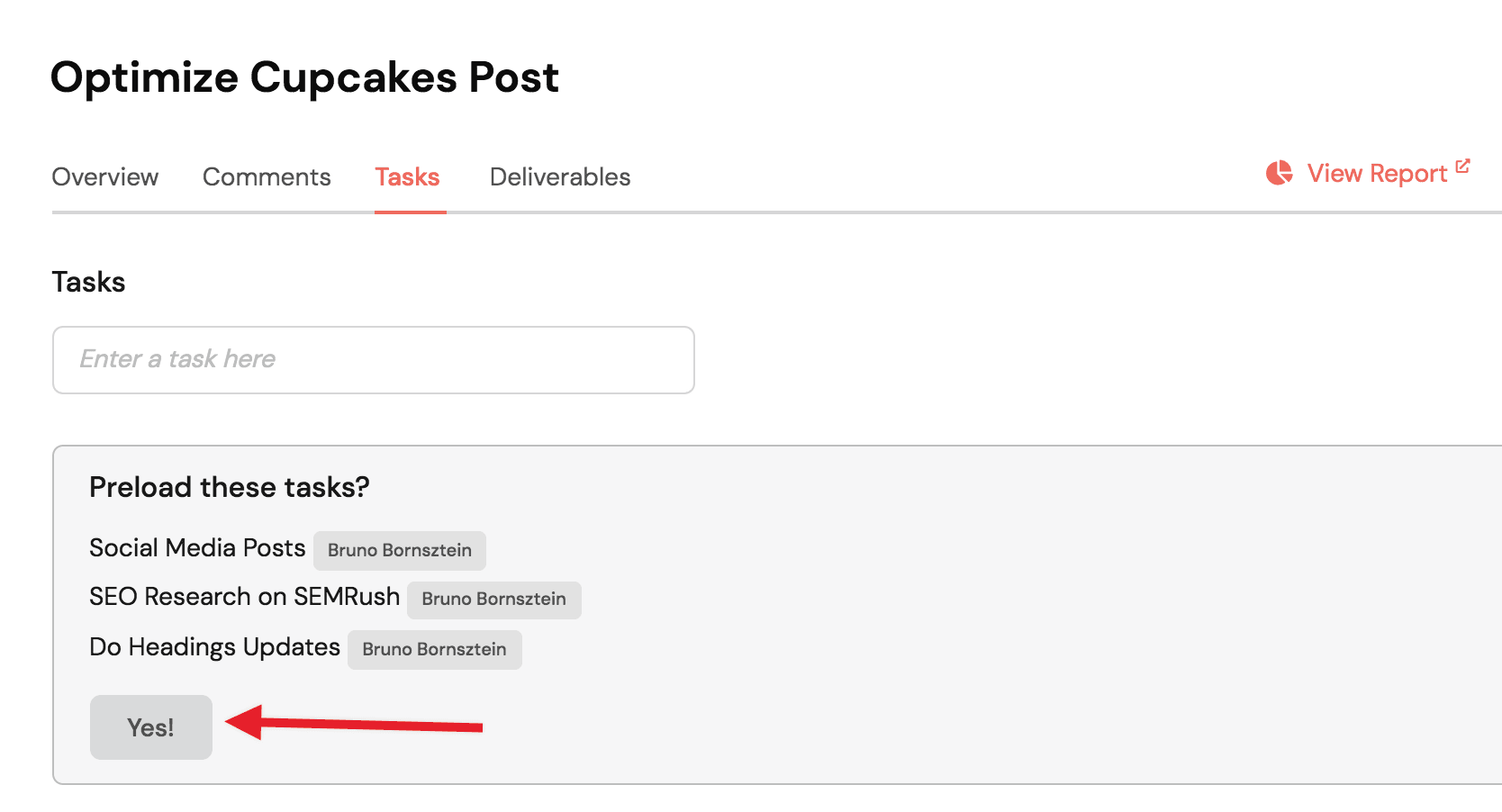 Another quick way to re-use tasks from an existing campaign is to simply duplicate that campaign. To copy a campaign, go to the calendar view, hold down the option (or alt) key, and then drag the source task to a new space on the calendar. When you release the campaign, a new copy will be created on that date, including any campaign details and tasks.

Did this answer your question?